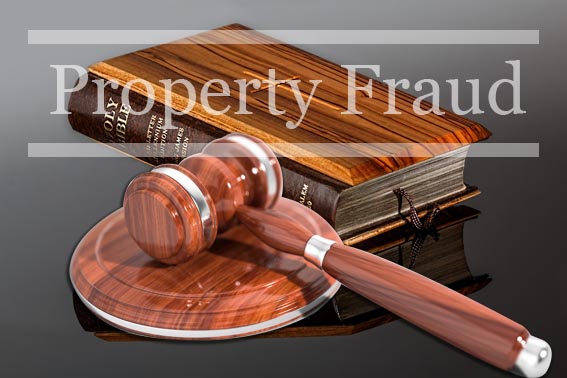 The most heinous crimes need to be exposed…

Most people won’t believe how heinous…

We suggest that you please do your own research and then…

Expose the evil right up to the highest levels, work in teams, work in a spirit of absolute fun and in that way the vibration of truth and justice will prevail under God and true Natural Law…

Natural Law is the Law of inalienable rights under one’s own personal God, however you perceive this to be.

Does anybody with a Certificate of Title actually own their property outright?

Who owns your property, which includes your car, your human life, your bank accounts, your material possessions, your children, pets and so forth?

You have a Certificate, don’t you?

This is why somebody else can value your land (Valuer General in Australia) that you supposedly own, while councils get commissions (kickbacks) out of the valuations – usually called “rates”; furthermore, you have to beg council for every little thing that you do on your (their) land and then pay fees on top of it!

Well… whoever bestows the Certificates owns you!

So, that land you are paying off that you thought you owned, or that car, or that lounge suite; whatever it is, guess what? It is not yours!

You have the Certificate or receipt and they have the Title; shouldn’t it be the other way around?

Why are we giving our souls away to the laziest, most evil people on earth?

If the government is not for the people by the people, then this is treason – full stop.

Exposure and arrests should occur now.

The Mayors of every council and the councilors, employees and agents who are in the know, arrested for high treason.

The federal government, with its central banking fraud and corporate interests, arrested now for high treason!

Do your own research, get motivated and take massive action to expose and arrest these clowns via the law of inalienable rights. We can achieve this in a collective spirit of fun and not fear, as they do indeed feed off your fears.

Ask massive questions of councils, state and federal governments, and ask, ask, ask! Drive the criminals insane on your questions…

We at spiritbeing.life ask a lot of questions, best done in teams as it’s safer that way; the government/corporations can and do play dirty, very dirty as they are absolute cowards, we so know…

Remember to keep everything fun because you are winning.

What is Freehold Title?
Many people believe they own their land under a Freehold Title. They do not! However, Public servants and the documents they provide sometimes use the expression Freehold for land ownership because it does not carry the rights of the true title of Fee Simple.
A Freehold Title only gives the owner the right to buy, sell and inherit land – no other rights are included.
Freehold is a part of the Fee Simple Title, the expression being ‘mergeable therein.’

We do not agree with Fee Simple Title either, this comes from some authority which is not your personal God or inalienable rights. There has to be a better way then all this nonsense.

Wake up and get your property back, which means ownership of yourself and all you have created honorably with your inalienable rights under God’s Law.

Imagine massive arrests and your freedoms again; it is happening…

Suggested jail terms for treason – taking your freedom and life away? I was thinking maybe never, ever, ever to be released; what do you think?

The following is courtesy of http://servantking.info/ and thank-you to Marcus:

Lawyers and the Legal Trade
(as distinguished from the LAW)

28 “Quotes” from the man who trained them.
A prominent Law Professor who taught lawyers for over 40 years.

“The whole legal trade is made up of lawyers, by lawyers and for lawyers for private gain in order to perpetuate their Hocus Pocus regarding the phoniness of the whole legal process.”

“I outlined my ideas about the book, and about the law, to a lawyer who is not only able but also extraordinarily frank and perceptive about his profession. “Sure,” he said, “but why give the show away?”

“Of all the specialized skills abroad in the world today, the average man knows least about the one that affects him most – about the thing that lawyers call The Law.”

“And in our private lives, we cannot buy a home or rent an apartment, we cannot get married or try to get divorced, we cannot die and leave our property to our children without calling on the lawyers to guide us. To guide us, incidentally, through a maze of confusing gestures and formalities that lawyers have created.”

“There are several reasons for this mass submission, One is the average man’s fear of the unknown – and of policemen. The law combines the threat of both. A non-lawyer confronted by The Law is like a child faced by a pitch-dark room. Merciless judges lurk there, ready to jump out at him.”

“Yet lawyers can and often do talk about their product without telling anything about it at all. And that fact involves one of the chief reasons for the non-lawyer’s persistent ignorance about the Law. Briefly, The Law is carried on in a foreign language.”

“Much of the language of the law is built out of perfectly respectable English words which have been given a queer and different and exclusively legal meaning. It is, in short, a language that nobody but a lawyer understands. Or could understand.”

“For the lawyers’ trade is a trade built entirely on words. And so long as the lawyers carefully keep to themselves the key to what those words mean, the only way the average man can find out what is going on is to become a lawyer, or at least to study law, himself. All of which makes it very nice – and very secure – for the lawyers”.

“And it is only because the average man cannot play their game, and so cannot see for himself how intrinsically empty-of-meaning their playthings are, that the lawyers continue to get away with it.”

“The legal trade, in short, is nothing but a high-class racket. It is a racket far more lucrative and more powerful and hence more dangerous than any of those minor and much-publicized rackets.”

“Furthermore, the lawyers – or at least 99/100 per cent of them – are not even aware that they are indulging in a racket, and would be shocked at the very mention of the idea. Once bitten by the legal bug, they lose all sense of perspective about what they are doing and how they are doing it. Like the medicine men of tribal times and the priests of the Middle Ages they actually believe in their own nonsense. This fact, of course, makes their racket all the more insidious. Consecrated fanatics are always more dangerous than conscious villains. And lawyers are fanatics indeed about the sacredness of the word-magic they call The Law.”

“Yet the saddest and most insidious fact about the legal racket is that the general public doesn’t realize it’s a racket either. Scared, befuddled, impressed and ignorant, they take what is fed them, or rather what is sold them. Only once an age do the non-lawyers get, not wise, but disgusted, and rebel. In every revolution the lawyers lead the way to the guillotine or the firing squad.”

“It should not, however, require a revolution to rid society of lawyer-control. Nor is riddance by revolution ever likely to be a permanent solution. The American colonists had scarcely freed themselves from the nuisances of The Law by practically ostracizing the pre-Revolutionary lawyers out of their communities – a fact which is little appreciated – when a new and home-made crop of lawyers sprang up to take over the affairs of the baby nation.”

“If people could be made to realize how much of the vaunted majesty of The Law is a hoax and how many of the mighty processes of The Law are merely logical legerdemain, they would not long let the lawyers lead them around by the nose. And people have recently begun, bit by bit, to catch on. The great illusion of The Law has been leaking a little at the edges”.

“And perhaps if the ordinary man could see in black and white how silly and irrelevant and unnecessary it all is, he might be persuaded, in a peaceful way, to take the control of his civilization out of the hands of those modern purveyors of streamlined voodoo and chromium-plated theology, the lawyers.”

“For practically every lawyer thinks and talks of The Law as a sort of omnipotent, omniscient presence hovering around like God over the affairs of men. Yet every lawyer purports to be able to understand and interpret a large part of that presence for the benefit of those who are not lawyers – at a price.”

“The mass of practicing attorneys and little judges are fooling themselves and the public when they claim that The Law as they know and use it is a logical science instead of a pseudo-scientific fraud”.

“No single fact is so essential to the life and lustiness of the legal racket as the sober pretense on the part of practically all its practitioners – from Supreme Court judges down to police court lawyers – that The Law is, in the main, an exact science. No pretense was ever more absurd.”

“For the lawyers know it would be woe unto the lawyers if the non-lawyers ever got wise to the fact that their lives were run, not by The Law, not by any rigid and impersonal and automatically-applied code of rules, but instead by a comparatively small group of men, smart, smooth, and smug – the lawyers.”

“The sober truth is that the myriad principles of which The Law is fashioned resemble nothing so much as old saws, dressed up in legal language and paraded as gospel.”

“Just as the devil can always cite Scripture to his purpose, so can any lawyer on either side of any case always cite the law to his.”

“Yet why – if you think it over for a minute – should people not be privileged to understand completely and precisely any written laws that directly concern them, any business documents they have to sign, any code of rules and restrictions which applies to them and under which they perpetually live? “Why then should The Law use a language – language being, remember, no more than a means of communicating ideas – which those ordinary human beings cannot hope to understand?”

“But how can any lawyer afford to admit that fact, even to himself, when his position in the community, his prestige among his fellow craftsmen, and his own sense of self-respect all hang on the assumption that he does know what he is talking about?”

“Consequently, the hope of The Law – that is, the hope of the lawyers that their game will go on indefinitely, undiminished and undisputed – lies with the law schools.”

“Laws grind the poor, and rich men rule the law.”

There has to be a better way…

Bliss and Truth will find it. 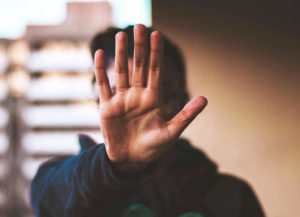 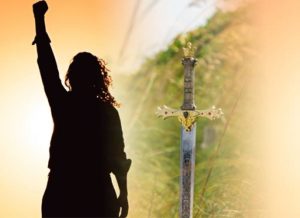 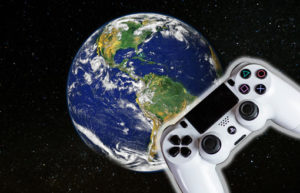